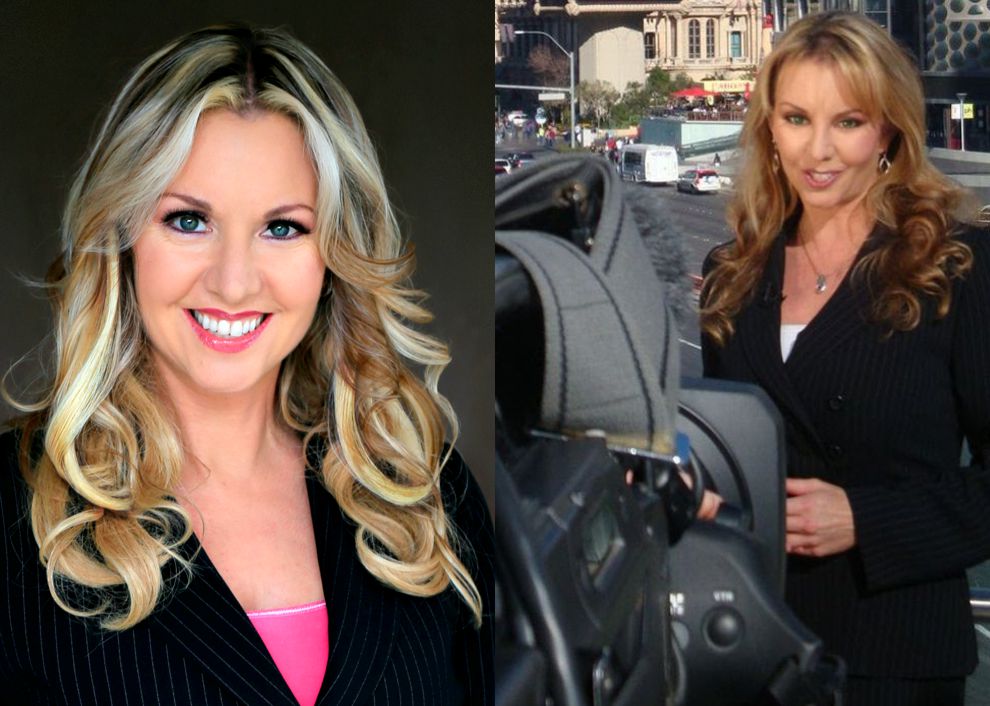 Kira Gurnée has had a love of performing since the age of two, when she first set foot onstage dressed as one of Colonel Sanders’s dancing “chickens.”  Improvising when her feathered tail fell off, she toddled up to the edge of the stage and showed it to the audience before continuing amid the laughter and applause.

Years later, Kira took her creative talents to the airwaves as a Radio DJ, News Anchor and Interview Show Host.  She has emceed numerous concerts and live events, reported from the Superbowl, and was even named Tampa Bay’s Dream News Anchor.

While in Florida, Kira started doing commercial and lifestyle modeling, which she often combines with her favorite passions like motorcycle riding.  Her bookings include being a precision rider/model for Kawasaki, Yamaha, Harley Davidson and a Geico TV commercial.

As an Actress, Kira Gurnée has had the opportunity to work on a variety of dramatic and comedic projects including Films, TV shows, Web series, and Commercials.   Among her favorite experiences, were portraying First Lady Helen Taft in the Japanese/American movie “Takamine”, and being part of the movie, “See Arnold Run”, based on Arnold Schwarzenegger’s road to the Governor’s office.

Years of experience behind the microphone led to Kira moving into Voice Over Acting and setting up her own broadcast quality studio where she records VO for clients all over the world.  You can hear her on National Commercials, TV Shows, Movie Channels, Films, Documentaries, Brand videos, Corporate videos, Live Event Announcements, Educational, Medical, Pharmaceutical, e-Learning and many other projects.  Some of her clients include Sony, the Grammy’s, eBay, LinkedIn, Jacuzzi, Merrill Lynch, Whole Foods, Cricket Wireless, MasterCard, Astra Zeneca, Providence Hospitals, Kia, American Girl, OPI, and hundreds more!

All of Kira’s hosting experience has meant numerous projects in that field too, including TV shows, Variety Shows, Comedy Shows, Brand Videos, and Corporate Events.  She was especially thrilled to be the MC for SONY’s Global Marketing Partners Conference in Kyoto, where she put her Japanese language skills to the test.  Clients know that with Kira’s natural delivery, teleprompter skills, friendly but professional persona, and gift for improvisation if needed, they can expect a quick and easy day!

Part of that improvisation confidence comes from her eternal love of comedy.  Ever since that first laugh onstage with feathered tail in hand, Kira has been thrilled to bring a smile, giggle or all out guffaw to someone’s face…. and trained (yes, comedians DO train!) in standup comedy and improv.  Those comedic skills and timing set her work apart, and have shined at the World Famous Comedy Store, Hollywood Improv, and many other venues.

Travel is often part of the job and something Kira always welcomes.  She speaks enough French, Japanese and German to get along in those countries and is a quick study of other languages as needed.  To her, life is meant to be experienced to the fullest and shared with all who are interested….in person, on stage, on camera or on mic!

Covid 19 means that conferences and conventions are going to be online for the foreseeable future. Here’s how to use Voice Over to make the experience more approachable for … END_OF_DOCUMENT_TOKEN_TO_BE_REPLACED

This is the first installment in my new blog series on how to find a professional voice over actor for your marketing or advertising project. When the global pandemic caused a … END_OF_DOCUMENT_TOKEN_TO_BE_REPLACED

As a self employed creative, it is such a wonderful surprise to receive a completely unsolicited request for a magazine interview. Now that is a great way to start off the … END_OF_DOCUMENT_TOKEN_TO_BE_REPLACED

I had the pleasure of meeting Kira Gurnée through a client we were filming a commercial for. I had no idea what to expect but have to say I was blown away. Kira showed up prepared, memorized lines and hit it out of the park. Great look, expert in her field and all and all awesome person. With that said I highly recommend Kira for ANY on camera work as well as VO; she's a total gem.
Sean Ryan
Owner, RW Advertising, Inc.

I've worked with Kira Gurnée as a host for corporate meetings and was thoroughly impressed with her poise, charm, and ability to capture the audience and interact with executives in a way that added a sense of theatre and professionalism to the show. I would highly recommend her to anyone looking for a beautiful, articulate, intelligent spokesperson for any project.
Lisa Owens
President, Owens & Company
Teleprompter Servicesless

Chameleon Communications has developed 100's of videos in the last 3 years allowing us to work with a plethora of talent. Kira Gurnee is hands down one of the best voices we have had the privilege to work with. Typically we present our clients with several options whenever possible. Of all the voice auditions for our last company video, both our staff and our client picked Kira because of her energy and style. As our client stated, "her voice to me is more expressive and her inflection is the most effective." In addition, Kira provided the final deliverable with several takes allowing for flexibility with our editors and production team. Simply superb. ~ Tony Meister, Chameleon Communications Explainer Video